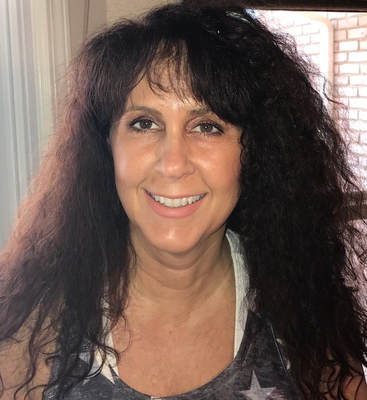 Yvonne Burton is a blogger, political activist, and eternal optimist.

America is at a crossroads and I want to help lead her in the right direction so we don't squander the blessings that were bestowed on us so long ago.

2016 was the 1st real example of the power of social media having more influence than the main stream media. I watched the campaign of Donald Trump from the twitterverse. It was life-changing. I don't think any of us knows how truly powerful we the people were in taking back the power from the elites through platforms like Twitter, Facebook, and Reddit but it was a beautiful thing to behold. (Special thanks to @Cernovich for leading the twitter army of Breitbarts in the right direction. Before him, I was almost done with Twitter)

The world is changing fast but as long as I have the power to affect and influence others to act through the power we still have on the internet I will do everything I can to earn the blessings John Adams worried we would take for granted so long ago.

You can be the most informed, enlightened, and intellectual mind the world has ever known but if you don't do anything with the knowledge you have.....what is it worth? America is broken, what are you going to do about it?

If you love the America you grew up in and want to preserve it, this is the blog for you.

Andrew Breitbart was right. We are at war.

If you want to help Make America Great Again I hope you will follow this blog and learn what you can do daily, weekly, monthly to MAGA. When they said "eternal vigilance"...they weren't kidding.

This blog is not about just words, it's about deeds. Follow me at your own risk. I want people who will fight to preserve the system of governance that is the closest thing to heaven on earth we will ever know.

Are you young and able to go out in the trenches where current events needs to be covered by someone other than state run MSM? Are you old and feeble, only able to make phone calls from the house? No matter what your lot in life is, if you can make a phone call or send an email, you can make a difference.

I'm pretty sure there's a lot more of you than anyone knows.

Ben Franklin sketched, carved, and published the 1st known political cartoon in America. It was the image of a snake cut into eight sections. The sections represented the individual colonies and the curves of the snake suggested the coastline. New England was combined into one section as the head of the snake. South Carolina was at the tail. Beneath the snake were the ominous words "Join, or Die."

It was a plea for unity in defending the colonies during the French and Indian War. It played off a common superstition of the time: a snake that had been cut into pieces could come back to life if you joined the sections together before sunset.

Educate and inform the whole mass of the people... They are the only sure reliance for the preservation of our liberty.